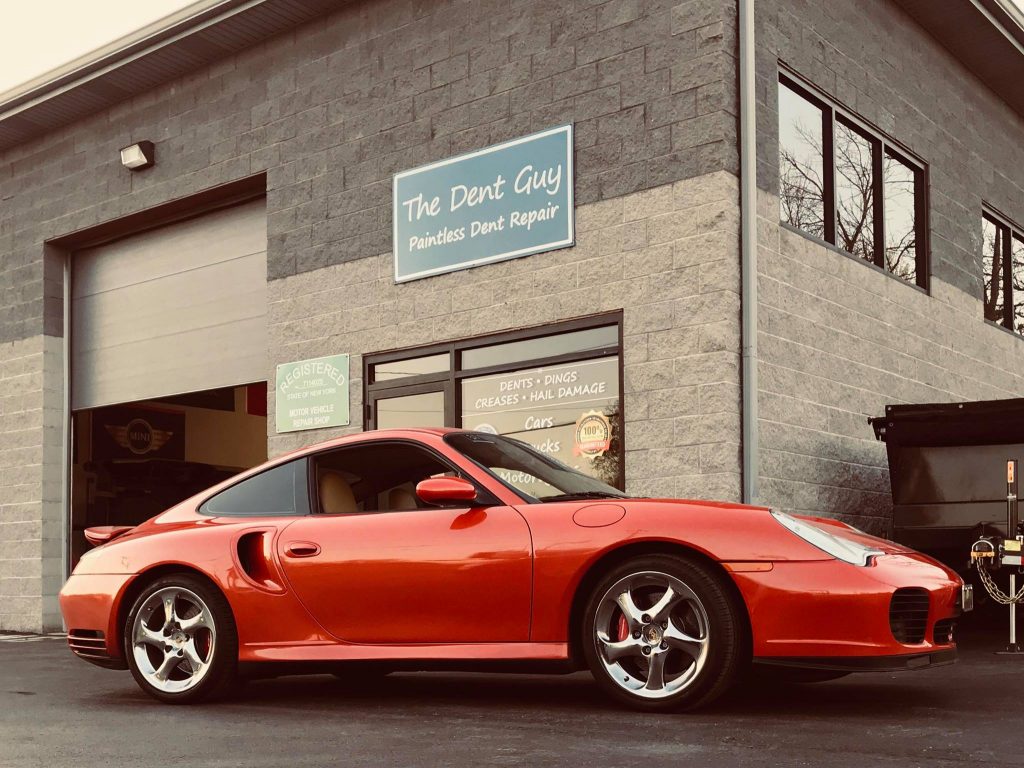 The Paintless Dent Repair (PDR) way is The Dent Guy’s favorite way of removing a dent. If your car needs a dent repair or a paintless collision repair, The Dent Guy is the person you need to call. But did you know that The Dent Guy can repair your vehicle even if you have Progressive Car Insurance?

Apart from the many car insurance brands that The Dent Guy accepts, Progressive is one of them. But what is Progressive Car Insurance?

Progressive Mutual Insurance Company was founded in 1937 by Jack Green and Joseph Lewis. They started the company as a way to give vehicle owners an opportunity to protect their vehicles from accidents and damages. As a result, this company went on to revolutionize the vehicle insurance industry.

In the last decade, Progressive has become one of the biggest insurance brands in America. Progressive was also the first insurer to introduce the concept of drive-in claims and insurance premium installments in America. Because of this reason, insurance became easily accessible to every individual.

If your car has dings and dents from hail damage, paintless dent repair is the supreme option for your dent repair. With PDR, you can keep the original paint of your car and the protective sealing that your car comes with from the showroom. When your vehicle leaves the factory, sophisticated equipment, make sure that your car has a smooth coat with superior bonding.

This bonding on your car’s surface ensures that your car’s body stays safe and the paint of the vehicle stays intact. A traditional dent repair takes off this coating, fixes the dent and then repaints the car. Even though your car is dent-free, the protective coating is compromised.

This repaint, even though it might seem real, can’t match the factory paint that the car is shipped with. Not only is PDR a safe process, but it is also cheap and a lot faster than a traditional dent repair.

Getting you back on the road in Rochester, New York, is super important and we understand that completely. If your car has dings and dents from hail damage and you want to avail your Progressive Insurance, here are the steps you should follow:

If you’re trying to put the pride back in your ride, call us now or text us to get a free quote for your hail repair.