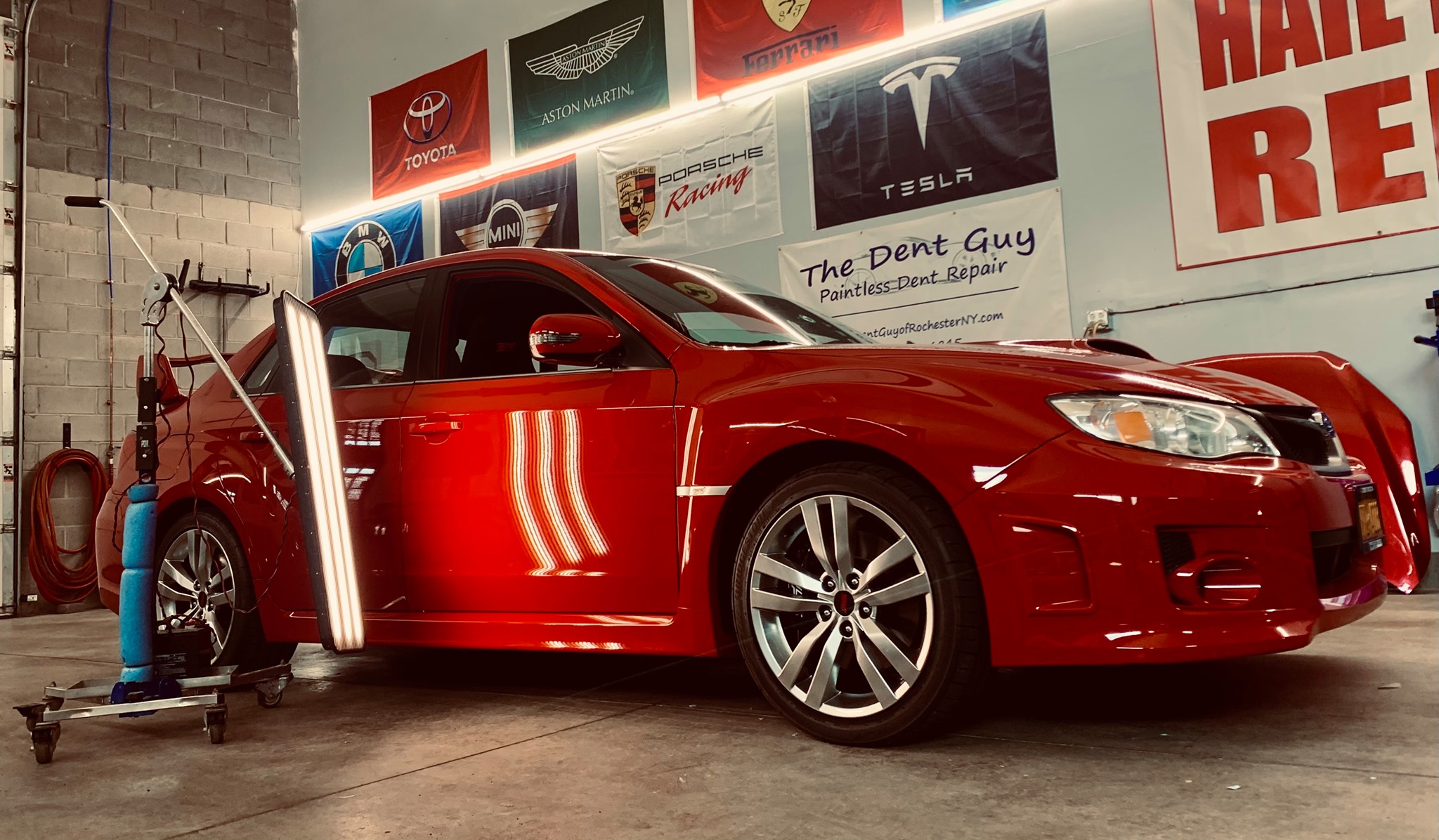 What Is Paintless Dent Removal (PDR)?

Paintless Dent Repair is a method of repairing the dents on your automobile that could have occurred due to a collision or any other accident. Dent repair is one of the most common reasons that you may visit your local auto shop. Bear in mind that not every place can muster the expertise that your car requires.

Should I Try PDR Myself?

Many companies claim that if you have the right kind of kit, you can fix your car on your own without any hassle; this may not necessarily be true.  It is a possibility that there are many great repair kits out there, but they too require a certain degree of skill to master.

Additionally, it may seem as a car-owner that this is something you can experiment with but trying to perform paintless dent removal on a car by yourself could very well be the gateway to further damage. If you do attempt PDR and scratch the paint, you’re exposing the car to damage by water and other elements. It’s just easier for you and your certified PDR technician to contact a professional when a dent or ding arises on your car. Fresh dents are much easier to deal with and are likely only to have the damage from the collision than any environmental damage.

Why You Should Not Attempt PDR on Your Vehicle

Whatever countless hack videos and DIY blogs have you believe, performing PDR is not as simple as it may seem. It’s a great method of repairing dents but for professionals. Here are some reasons why you shouldn’t attempt to do PDR on your own.

As mentioned before, you don’t have the expertise needed for any repair on your vehicle’s body. The car, like any machine, has intricate systems, and the common car-owner is often ignorant of these. Hence, even a slight misstep could cause further damage.

Certain dents allow for the certified technician to use PDR. Conversely, some don’t, and you need to correctly identify these. Performing PDR on a dent where it isn’t advisable will be a waste of time and money.

Good PDR kits sometimes cost the same amount it would take for you to go to a professional, so why not just go to a professional? Moreover, if you somehow cause more damage than was initially inflicted by performing PDR, this will also be an addition to the bill.

Benefits of Using a Professional

At the Dent Guy, we have many certified technicians that are available around the clock. We use the least invasive methods, so it is unlikely that your car will be out of your possession for too long. We pride ourselves on our customer service and fair rates. We help you retain the value of your vehicle by ensuring that we don’t use any paint or body filler to fix the dent.

To find out more about Paintless Dent Removal or get a quote for your damage, please contact us at www.thedentguy.com.