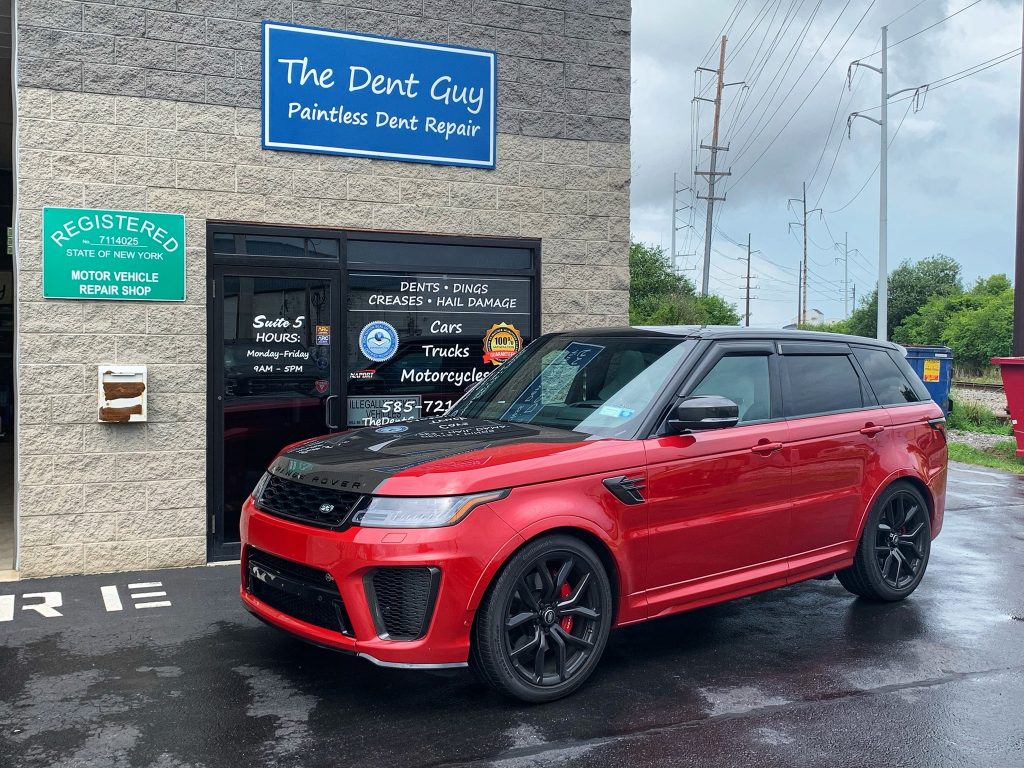 It is a commonly believed fact that certified technicians can easily fix small dents using Paintless Dent Removal. However, when it comes to large dents, the perception is often that technicians will need to do more work on them, and since they’re large, you can’t perform PDR on them.

This idea is a perpetuated misconception. The size of dents or dings doesn’t dictate whether or not you can conduct PDR on it. However, the nature of the dent does.

Types of Large Dents That You Can Remove Using PDR

Paintless Dent Removal is a non-invasive method of removing dents from the body of a car. It is commonly used for small dents; however, technicians can use it for large dents. The types of large dents you can remove using PDR are as follows:

Round dents are generally the ones that don’t have much creasing or stress applied to any part of the dent and thus are easy to pull out even if the area is large. If any type of creasing is prevalent in the dent, then it is unlikely that even certified technicians will fix this dent completely.

Dents that aren’t too deep can be easily pulled out using PDR. If the dent isn’t too deep, the panel hasn’t been stretched out too much, and thus, with tools and effective massaging, it is likely to pop right back out.

Furthermore, the deeper your dent is, the more likely has the paint cracked, and once the paint is cracked, the technician will be unable to perform Paintless Dent Repair.

You’re probably wondering why you should even consider using Paintless Dent Repair on large dents when you could go with the old traditional method. This is because PDR  has a lot of benefits for your car and conversely also for you.

If you have a brand new car, then this is especially useful for you. If you have a large dent and fix it with PDR, make sure you choose this option as PDR doesn’t require any extra paint or body filler which means that car will retain its value.

Since PDR doesn’t use any extra paint or welding, it prevents the release of harmful gases into the environment that may exacerbate climate change. It also saves the auto-technicians from attaining any allergies due to the release of chemicals.

Paintless Dent Repair doesn’t use any body filler or paint, and hence your technician doesn’t need to add any external material to make it better. This method saves both money and time as PDR is not invasive.

It would help if you always opt for professionals when it comes to fixing large dents. The certified auto-technicians here at The Dent Guy in Rochester, NY, have more than 15 years of experience and are likely the best people to help you out.

Dan Rechichi, the main auto-technician here, has traveled as far a Lithuania to learn this trade, and he prides himself in one of the best services there is. To get a quote or learn more about Paintless Dent Repair, please contact us at (585) 460-2319 or visit us at www.thedentguy.com.

PrevPreviousPaintless Dent Repair (PDR) on a 2020 Subaru Ascent
NextHow Dent Repair Services Can Save You Time, Hassle, and MoneyNext