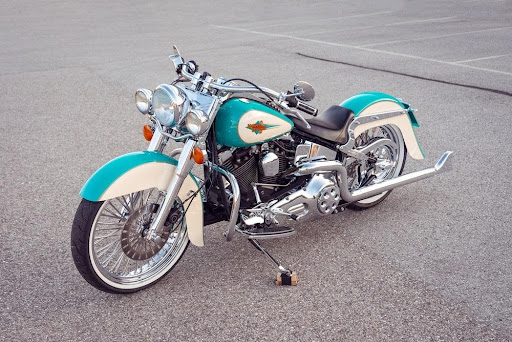 Is your motorcycle’s fender dented, dinged, or creased?

Perhaps you have an expensive, rare, or vintage motorcycle and are dreading the repair costs, or maybe getting it fixed is simply not in your budget right now.

Have you considered paintless dent repair?

Paintless dent repair, or PDR, is not just for cars. It has incredible results for motorcycles as well.

However, most importantly, PDR saves you a ton of money for the dent repair you get. It may sound too simple but this is because PDR does not involve material costs of things like fillers and paint.

You only pay for the skill set of a PDR certified technician, like the ones at The Dent Guy in Rochester, New York. Therefore, you do not have to delay your motorcycle’s fender repair or dread the high costs that typically come with traditional dent repair.

You can get it done easily for a fraction of the cost if you opt for paintless dent repair instead. There are also many other benefits of PDR compared to traditional dent repair.

Benefits of PDR Over Traditional Dent Repair for Motorcycle Fenders

When you get a PDR for your motorcycle dent repairs, you will instantly realize the benefits of saving money, but you will also save your time and the precious resale value of your motorcycle.

Not to mention the far superior results of PDR you get.

Here are some additional benefits of PDR for your motorcycle fender dent repairs.

Riders know the importance of having their motorcycles ready for riding season, which is why PDR can save them a ton of time. Unlike traditional dent repair, there is no scraping, filler, or repainting involved with PDR, which saves you a ton of time on repairs.

You can get your motorcycle fender repaired in just a few hours on the same day you bring it in.

The PDR process for motorcycle dent repairs is so quick and inexpensive that you can pay out of pocket and not care about filing insurance reports. Once a PDR-certified technician like The Dent Guy is done with your motorcycle, no one will be able to tell the difference, not even your insurer.

Why The Dent Guy for PDR on Your Motorcycle Fender?

You only want the most experienced PDR-certified technicians to handle your motorcycle dent repairs so you get the best results and retain its resale value. You will not find better, more qualified, and experienced PDR services in all of New York than with The Dent Guy.

If you care for saving money, time, paperwork, and the originality and resale value of your motorcycle, we highly recommend you to get your free estimate from The Dent Guy in Rochester, New York, today or visit our website for more information.